A/C running non-stop tells you one of two things:

So, How Do You determine If A/C Is Working Right Before You Call For Service?

Your a/c running non-stop does not necessarily mean it’s not working correctly.  To determine if it is, you must know the difference in the temperature between the air coming out and the air going into the HVAC system (Heating, Ventilation & A/C).

How To Do The HVAC Cooling-Performace Test:

Step 2: Using a probe-thermometer, slip it into the duct as far as it will go (be sure duct is fully open).  After the a/c has run for at least 10 minutes, read the temperature of the air coming out of the duct.

Note: If you have a cook in the house, there is likely one of these thermometers in the kitchen.  They are also known as a meat-thermometer. 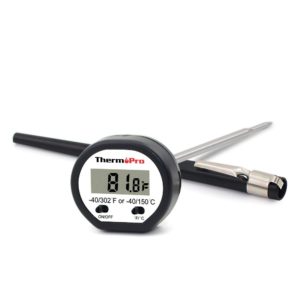 Step 3:  With the a/c running non-stop, move the thermometer to the return air duct closest to the furnace.  Leave it there until the temperature reading remains steady.

With the difference between the two readings, you know if the a/c is running well or not.  If you decide to call for service, advise the company of the two readings.  They should be able to tell you if it’s running ok or not, based on the current temperature outside.