In The United States 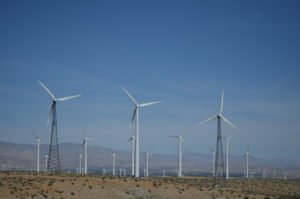 In 2019, Nearly Half Of New Commercially Generated Electricity Capacity Will Come From Wind Farms.

Electricity Generation In The U.S. Continues To Become Increasing Green.  Large numbers of coal power plants are being retired.  Some are being replaced with natural gas, while others are replaced with renewable energy power resources such as wind farms and solar collectors.   This article focuses on both utility-scale commercial, and single-property renewable electricity generation.  Also discussed is Texas’ 3 Largest Wind Farms, soon to be 4.

More Than Half Of U.S. Wind Capacity Is Located In These 5 States:

In Iowa, Kansas, and Oklahoma—wind represents at least 25% of the state’s utility-scale generating capacity.  **  U.S. wind power supports around 115,000 American jobs, over 500 U.S. factories, and more than $1 billion a year in revenue for states and communities hosting wind farms.

Wind generated electricity comes with a major drawback.  When the wind isn’t blowing, no electricity is generated.  Just below, we go into detail as to why the power grid must always have a balance of electricity supply and demand.  Later we explain how wind & solar generated electricity must be supplemented by a back-up source, such as conventional power plants or battery storage.

Added During 2019 Will Come From Additional Wind Farms 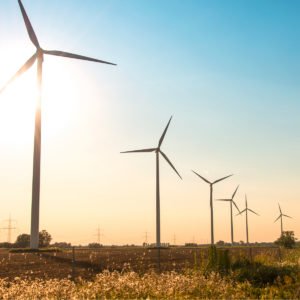 In January 2019, The U.S. Energy Information Administration (EIA) stated: “A total of 10.9 GW in wind farms electricity generating capacity is scheduled to come online in late 2019.  Three states; Texas, Iowa, & Illinois will be home to more than half of 2019’s planned wind farm capacity additions.” *

During 2019 — 24 Giga Watts (GW) Of U.S. Electricity Generation Capacity Will Be Added:

During 2019 — 8 GW Of U.S. Electricity Generation Capacity Will Be Retired: 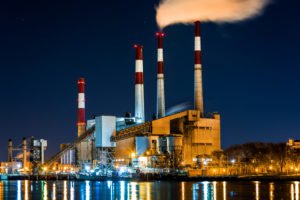 Hydroelectric power generation will drop from 7.4% to 6.9% — as some hydroelectric power plants are being retired due to the damage they cause to the local environment.  Wind & solar will rise from 9.5% to 12.2% (likely even more).  2020 will present a notably cleaner electricity generating industry than existed only 3 years earlier.

NOTE: This number is for power plants only, and does not include solar rooftop installations that serve individual buildings.  Those details are just below.

*5 NOTE:  The sum of the individual numbers show above does not equal 100% because some electricity is generated using other fuels or resources such as; petroleum, geothermal, biomass (organic material that comes from plants & animals) and includes; wood, landfill gas (methane), and municipal waste. *3

And What This Has To Do With Wind Farms

Electricity must be consumed as it is generated, and must be generated as its consumed.  Electricity generation & demand must always be kept in constant balance.  As electricity demand increases, electricity supply must immediately increase proportionately.  Without that balance, the power grid will experience failure and a blackout occurs.  Just below is a well documented history of one such event.

How A Power Transmission Line Touching A Tree Led To One Of The Largest Blackouts In U.S. History

In August of 2003 one of the largest blackouts in U.S. history occurred in the northeastern U.S. and northeastern Canada.   Due to very high electricity demand, a power transmission line in Ohio became overheated and dropped downward.  The drooping transmission line then touched some overgrown trees.   If an electricity power line touches a tree, the tree creates a short circuit by allowing massive amounts of electricity to flow through the tree and into the ground.   If a short circuit occurs, a power line disconnects to protect itself.  Otherwise, it would be destroyed by more electricity flowing through it that it is designed to carry.

That transmission line that touched the tree disconnected itself.  The resulting 3,500 megawatt (MW) power surge (caused by the disconnected transmission line) should have caused an alarm to sound to alert power plant operators that a substantial imbalance in electricity demand and supply exists.  But the alarm did not sound.

So What Does This Have To Do With Wind Farms?

Also, with wind turbines there is a specific wind speed that causes the turbine to produce at maximum capacity.  This is called Rated Power (it varies by turbine brand and model).  Once the wind speed exceeds the Rated Power wind speed, the power generated by the turbine remains constant.  If the wind speed gets too high, it reaches the turbine’s Cut Out Speed (around 55 mph).  Then the wind turbine shuts down to prevent unnecessary strain.  So, too little wind (< 9 mph) or too much wind (> 55 mph) means no electricity is generated from a wind farm.

When A Wind Farm Is Not Producing Enough Electricity

Nearby Power Plants Must Make Up The Difference Between Current Electricity Demand & Supply.

When needed for back up power to wind farms, fuel is constantly being used to ensure steam is available at a moment’s notice.  Wind power is somewhat predictable, so only some generator(s) must be available during times when electricity supply from the wind farm can’t meet electricity demand.   With a wind farm, there are times when the power plant generators are not needed, as the wind farm is supplying all the electricity needed.  Keeping power plant generators fired up and able to engage at a moment’s notice wastes fuel and adds to air pollution.

Battery Farms: A Solution To Minimize The Need For

To maximize the potential of wind farms, excess energy generated must be stored until it’s needed.  This has created a new industry: Battery Farms.  The batteries are located near the wind turbines (or solar panels).   When the amount of electricity generated exceeds current demand, the excess electricity goes into battery storage.   When current generation can’t meet electricity demand, the system draws the additional power needed from the batteries.   Batteries allow wind farms & solar farms to provide electricity at their maximum potential.  Without batteries, traditional power plants are required to engage if electricity demand exceeds supply.

Tesla, the electric car company, is making many of the batteries used in Battery Farms.  In 2017, the largest battery storage power station in the world, the Hornsdale Power Reserve, (adjacent to the Hornsdale Wind Farm) became operational near Jamestown, South Australia.     The wind farm consists of 99 wind turbines and has a generation capacity of 315 megawatts.