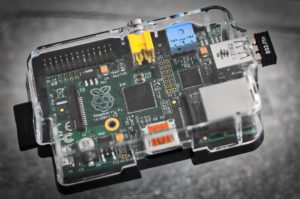 Plus Power-Surge Protection For The Entire Home

For Part 1 Of This Article, Click Here: AlsPlumbing.com Furnace Control Board – Part 1

Or Skip To: “How Your Home Deals With Recurring (internal) Power-Surges.” (below) 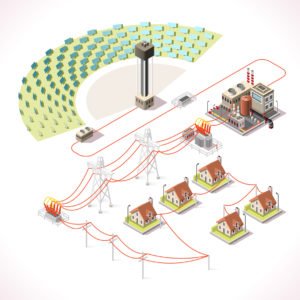 FROM: Electricity Is Generated At A Power Plant

Or Green Energy — Such As A Wind Farm (Wind-Generated Electricity).

TO: “Step-Up” Electrical Transformers — That Raise The Voltage Very High — So Electricity Can Travel Long Distances 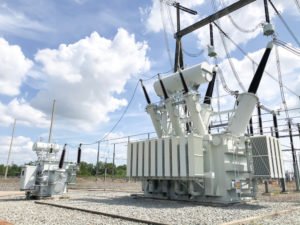 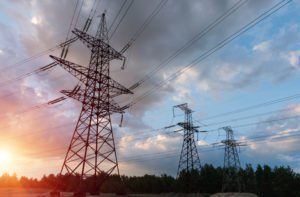 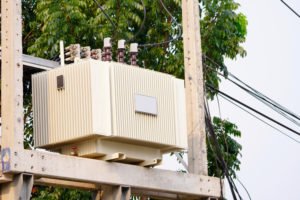 TO: Electricity Distribution Lines (the ones with the gray, round transformers on them) That Distribute Electricity To Homes and Businesses 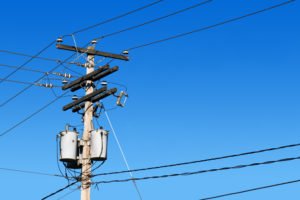 How Electrical Current Flows Inside Your Home’s Wiring

Note: Up To 3/4 Of Power Surges Occur From Within The Home ** — When High Electricity Users (like window a/c, refrigerator or portable electric heaters) Shut Off.

Note: Devices such as electric; kitchen stove, dryer, water heater, central A/C, or electric furnace — are all 240-Volts.  These devices don’t affect 120-volt circuits when they turn on & off.

*** How Your Home Deals With Small, Recurring, Internal Power Surges ***

If The Voltage (at the outlet) Rises Above The Accepted Level:

Note: Tripp Lite is not the only brand of surge protector with such features.  We reference them because of their reputation for protection and reliability.  Al’s Plumbing, Heating & A/C is not paid for our comments.

When something, that uses a lot of electricity, turns off — for a split-second, the electricity (that was flowing into the device) has nowhere to go.  Then, the excess current flows into the ground wire, where it returns to the circuit breaker panel.  Then the panel routes that excess electrical current into the earth below or near the home.

Until the ground wire takes the excess electricity away — an “Internal” (originating from inside the home) Power Surge occurs.  For many years, incandescent light bulbs would become brighter for a moment during internal power surges.

Note: The ground wire is typically green OR green with a yellow stripe.

What Happens When A Short-Circuit Occurs

The Purpose Of The Ground Wire In Your Home (green in photo above):

NOTE: If you receive an electrical shock, you became part of a Short-Circuit”.  The current went through you, instead of the normal circuit.

Since 1962, Homes Have A Ground Wire To Prevent Electrical Shocks

In order for you to receive an electrical shock, there must be 2 points of contact on your body (1 for current to enter & 1 for current to exit).  You may think you can’t get shocked by touching a single wire (you can if you touch the “hot”/ black wire).  If we are standing on the ground, and we make contact with a “live” wire, we complete the circuit and the electricity flows through us, and into the earth.  To prevent this — a home’s electrical system is connected to an “earth-ground” near or under the home (in homes built since 1962).

Since 1962, The National Electric Code (NEC) Requires All Electrical Outlets To Be Grounded & Polarized

(Homes built before 1962 were not required to have grounded & polarized electrical outlets.) 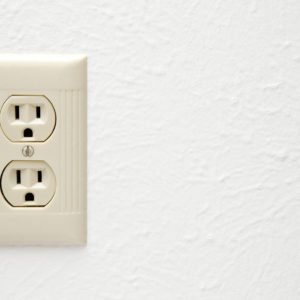 Electrical devices are designed to handle specific voltages. Generally speaking, the larger and longer the power surge — the greater the potential for damage.

There Are 3 Levels Of Surge Protection Available For A Home

NOTE: A Whole House Surge Protector / Suppressor Must Be Installed By A Licensed Electrician.

Al’s Does Not Sell Or Install Them.

3. Protect Your Furnace & Outside A/C Unit From Power Surges

Note: Some homeowner insurance policies cover lightning damage.  The burden of proof that a lightning-strick caused the damage is the owner’s burden.

Anything containing a microprocessor-board is especially vulnerable.   The tiny digital components are so sensitive that a 10-volt fluctuation can disrupt proper functioning.  Microprocessors are found in; TVs, stereo equipment, computers, microwave ovens — and in large appliances like dishwashers, washers & refrigerators. **

A Side Note: Why Some Electrical Devices Have A 3-Prong Plug — And Others Have A 2-Prong Plug

Three-pronged electrical cords add an additional source of protection from electrical shock.  Grounding is to prevent electrical devices from shocking their user.  The device’s metal case is connected directly to the ground prong.  If a short circuit occurs, the separate ground wire takes the current away.

Electrical Devices Are Rated: “Class 1” or “Class 2”.   A product’s classification is determined by its ability to shock to a user.

If a short-circuit occurs, a metal cover on an electrical device becomes “live” with electricity.  If the metal cover isn’t grounded, and someone touches the device, electrical current will travel through their body and into the earth.  If conditions are wet or damp, or the person is outdoors — they are more likely to experience a severe shock.  For this reason, any device with a metal cover must have a grounded / 3-Prong plug.

SAFETY NOTE: If the 3rd prong has been removed — that electrical device is unsafe to use.  Replace the cord with one that has a 3-prong plug.